The Neuro-oncology Surgery Service of Addenbrooke’s Hospital (Cambridge), led by Mr Stephen Price, in collaboration with the Outcome Registry Intervention and Operation Network (ORION) team, have been awarded the MacMillan Service Improvement Excellence Award, last November 2018. The accolade was awarded for the successful implementation of a multi-component quality improvement programme in their Service involving:

The referral and quality of life transformation was delivered through the Detection and Assessment of Malignancy through Symptom Evaluation (DAMSEL) project led by Dr Alexis Joannides, NIHR Brain Injury MedTech Co-operative Deputy Director, and funded by InnovateUK. The future plan is to develop a pre-rehabilitation programme using quality of life data and cognitive evaluation (led by Dr Rohitashwa Sinha) for personalising the rehabilitation care pathway for brain tumour patients. 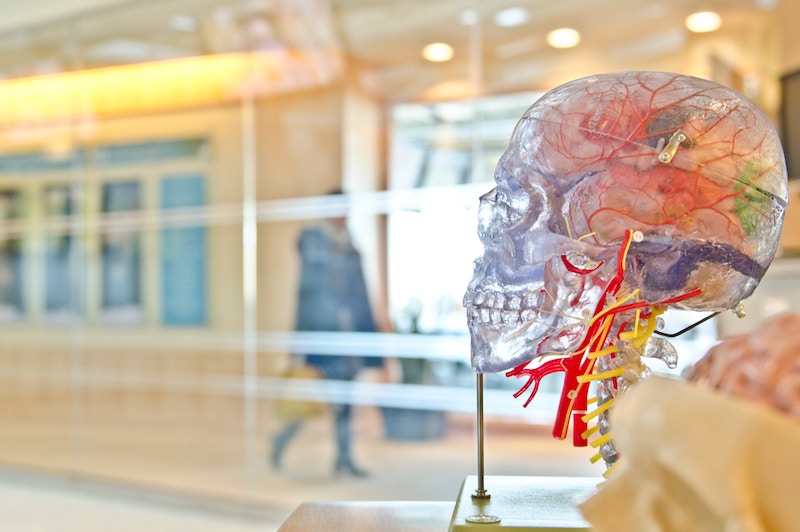 Gliomas are the commonest primary, malignant tumour of the brain and account for more average years of life lost than all other cancers (Burnet NG et al Br J Cancer. 2005; 92(2):241-245). Glioblastomas are the commonest malignant tumour and encompass a spectrum of genetic subtypes characterised by rapid invasion causing deterioration in quality of life before death from progressive disease. Low grade gliomas comprise of a group of slow growing but malignant tumours that slowly progress before transforming into glioblastomas. Patients describe this as ‘living with a time-bomb in their brain”. The lack of new therapies makes optimising current treatments a priority.

Brain injury from tumours is two-fold:

The impact of such an injury is not well understood. It impacts the quality of life and cognitive functioning, yet neuro-oncology research focuses on survival and fails to routinely record these outcome measures.

The theme aims to develop technology to improve quality of life and functional outcome in brain tumour patients. It will do so by focusing on four sub-themes:

Local invasion is a cardinal feature of gliomas and a major cause of failure of local control. Virtually all patients will die of progressive disease adjacent to the surgical cavity. Imaging used to plan treatment and determine treatment outcome is non-specific and insensitive to tumour extent (Price S et al. American Journal of Neuroradiology. 2006; 27(9):1969-1974). Identification of ‘residual disease’ will allow individualisation of tumour volumes for surgery and radiotherapy planning.

SUBTHEME 3: Effect of tumour and treatment on normal brain function

SUBTHEME 4: Developing a pathway for evaluating technology in surgical oncology