The aims of our research theme are to identify questions that are of critical relevance to patients, identify areas of research that address these based on evidence generation (through primary research), synthesis (through a process of rigorous systematic review), and implementation (through Guideline development and refinement). As part of the MIC we will seek to use novel applications of data science to both clinical care and research (by making use of our UK primacy in the use of hospital-wide electronic medical record (eMR) systems), developing new tools for neuroimaging processing and analysis, and developing and implementing novel applications for new technology at all stages 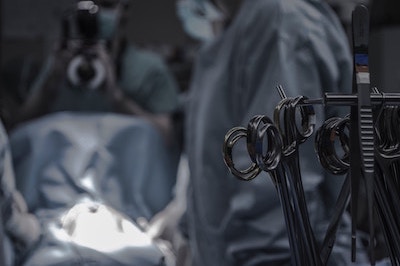 In the initial phase following renewal we will develop our PPI portfolio further, and undertake rigorous systematic reviews of literature to identify and refine research questions. We will also obtain the regulatory approvals and funding needed for technology application and validation in the areas of near-patient haemostasis testing, selective brain cooling, and eMR-based data science.

This phase will involve conduct of clinical studies described in the subthemes below, and provide the first research outputs of eMR-based analysis.

The longer term will see the identification of research questions that make use of new technologies, which will be refined for application in future cycles of the MIC.

In 2014 the James Lind Alliance (JLA) and the Intensive Care Society (ICS) developed a Priority Setting Partnership (PSP) to develop and rank a list of research questions for Intensive Care Medicine. The study found that: “To date the research agenda has largely been determined by medical researchers and scientists, but there is a growing expectation that patients, multidisciplinary clinical staff and the public should be involved in identifying clinical and research priorities.” Priorities for future intensive care research in the UK: results of a James Lind Alliance Priority Setting Partnership. Reay H et al. JICS 2014, vol.15(4).
In response, led by Prisco in conjunction with the James Lind Alliance, the HTC delivered a mini PSP with patients and their carers (‘Patient Inspired Innovation: Acute Care – Brain Injury and Intensive Care’ https://brainhtc.org/wp-content/uploads/2016/06/Patient-Inspired-Innovation-Acute-Care-Brain-Injury-and-Intensive-Care-10th-November-2015-1-1.pdf). This document has informed the development of the research agenda in TBI by a) informing an NIHR added-value case study b) identifying patient-led technology solutions and c) initiating a further workstream focused on carers of TBI patients.

DKM co-Chaired an international US-EU guideline development group which provided pragmatic guidelines for monitoring in neurointensive care, and have been adopted as official documents of both the European Society of Intensive Care Medicine and the Neurocritical Society in the USA, and endorsed by several other professional bodies.
Our next step is to identify key questions based on robust evidence to supplement such expert opinion, and identify the key questions that require both evidence synthesis and evidence generation. The first of these aims is being undertaken both through conventional systematic reviews, and also through the development of a new evidence synthesis tool of Living Systematic Reviews (Synnot et al., 2016) – undertaken (as part of CENTER-TBI), with the National Trauma Research Institute, Melbourne. Key research questions that emerge from this exercise will inform subsequent research studies and grant applications.

Ercole has been responsible for the development of data processing pipelines in the Trust’s newly implemented eMR system, and as part of the NIHR Health Informatics Collaborative (HIC). These pipelines facilitate data extraction for clinical studies, and provide a pathway for data driven research on routinely collected clinical data. This stream of work has close interactions with the multimodality monitoring theme, and has underpinned a substantial research endeavor as part of the CENTER-TBI grant.
Over the next 5 years we wish to refine the use of eMR and bedside monitoring for clinical and research application. ICU data has the characteristics of “Big Data”; volume (megabytes to terabytes), variety (demographics, imaging, interventions, measurements), veracity (highly heterogeneous), velocity (from daily data up to 100Hz) and complexity (multiple electronic sources). Making the information in this data available to clinicians and researchers involves optimal feature extraction, dimensionality reduction and inter-temporal clustering techniques that are difficult to handle using traditional analytical methods. Contemporary statistical and machine learning techniques from data science offer a means to overcome these difficulties. Identification of novel and clinically meaningful information content in routine data offers the possibility of earlier prediction of patient deterioration, better description of patient condition and response to treatment and potentially facilitates earlier intervention thereby avoiding aggressive rescue therapies that often have harmful side effects. In day-to-day practice, improvements in some parameters are often offset by deterioration in others: Better summarisation of the patient’s clinical trajectory would help to reduce uncertainty- a source of great distress for families of patients with acute life-threateningillness.

A substantial collaboration, underpinned by two FP7 grants from the European Union (TBIcare and CENTER-TBI), and involving Newcombe, Coles, and Stamatakis, in conjunction with Correia, Williams, Glocker and Rueckert, has developed convolutional neural networks for automated image processing in traumatic brain injury. These have now been published and are being incorporated into the image processing pipelines for the 5400 patient CENTER-TBI study.
MRI provides greater characterization of brain injury than X-ray CT, and can aid patient stratification and prognostic precision. This is particularly the case with integration of newer imaging techniques such as susceptibility weighted imaging and diffusion tensor imaging. We will build on our past track record of ensuring safe and fully monitored MR imaging in critically ill patients, refine imaging protocols and sequence selection to allow maximum information content with minimum imaging time, and continue to develop both automated processing tools for clinical decision support.

The protocol based clinical care embodied in the Cambridge Neurosciences/Trauma Critical Care Unit, and our interactions with health technology through the HTC have provided critical frameworks for identifying gaps in technology (see earlier) and refining and validating new technologies for both diagnostic and therapeutic use. These interactions are proceeding at several different stages in several areas. We describe below two exemplars of projects that are at different stages in this collaboration pathway within our theme:

Exemplar 1: Development of a sensor for near-patient monitoring of haemostasis
Conventional coagulation testing is largely unhelpful in stratifying bleeding risk or guiding correction of haemostatic defects – both of which are critical issues in acute brain injury, particularly in an increasingly elderly population (50% of TBI patients in ICU are over 50 years) who have multiple comorbidities and are on antiplatelet and anticoagulant therapy. Viscoelastic testing (with TEGR and ROTEMR) is helpful, but expensive and not widely available. Ercole (in collaboration with Dr Seshia, Dept of Engineering) is developing semiconductor based sensors with integrated microfluidics for near-patient haemostasis testing. They have shown confirmed that such based biosensors, constructed from thin silicon films patterned and etched using standard semiconductor foundry processing and co-integrated together with microfluidic sample handling can be useful as a near-patient device for haemostasis measurement. The project has received seed funding from Cambridge University Hospital Trust to help prepare for a substantive grant.

Exemplar 2: NeuronGuard – Development of a device for temperature management in brain injury
This project has involved interaction with a commercial firm, which interacted with the HTC following one of our scoping exercises. Following initial design refinement with help of HTC members, a device for the selective management of brain temperature after brain injury is under development. The device has potential for application in the pre-hospital phase of an injury as well as emergency and acute care. There is also potential intra operatively to provide neural protection. The subtheme will work closely with NeuronGuard to develop a trial protocol to undertake the initial clinical investigation to support CE marking of the device and produce the necessary reports and documentation to submit to the MHRA. Subsequent to obtaining a CE mark larger clinical trials will be required to provide the evidence base to support clinical implementation.