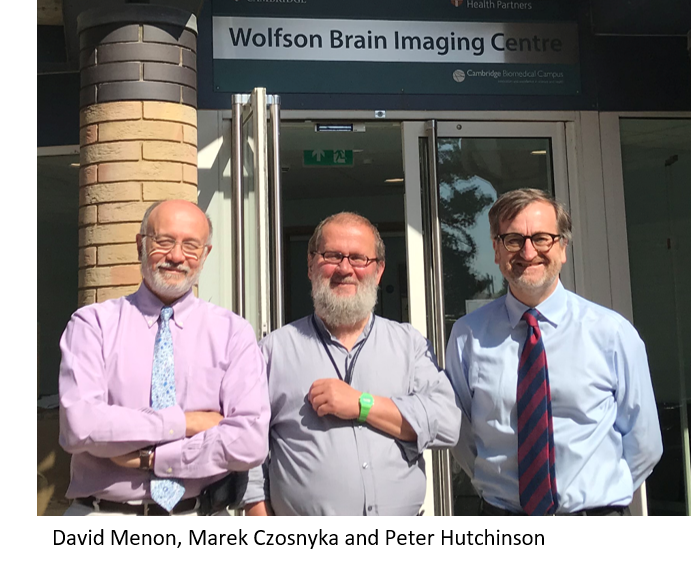 Congratulations to the Cambridge Acute Brain Injury team which has been listed as the leading European Brain Injury Research Centre in Europe based on Expertscape – a website that objectively ranks people and institutions by their expertise.

Well done to David Menon (Medicine) who was ranked first of all global experts in brain injury, and also to Marek Czosnyka and Peter Hutchinson (both Clinical Neurosciences) who were placed in the top 15. Although it is wise to be cautious about interpreting precise ranking in league tables, the strong representation from Cambridge is hugely gratifying.

This reflects the work of all the researchers in the Acute Brain Injury Group at Cambridge (co-Chaired by David Menon and Peter Hutchinson), and the contributions of John Pickard (Emeritus Professor of Neurosurgery, and past co-Chair of the group) who helped lay foundations for this success.

This recognition is based on the rich collaborations and productivity of our brain physics, brain chemistry, neuroimaging, and clinical trials groups.
The productivity of the Cambridge ABI group has been greatly enriched by international collaborations, such as CENTER-TBI  and our NIHR Global Neurotrauma Group, which provide exemplary frameworks for team science.